The recording (in original English and simultaneous German translation) will be available for participants to review for 3 months.

Language:
English with simultaneous translation into German. During the live webinar and when watching the recording afterwards, it is possible to choose between the English and German language channels.

Registration:
Please register by clicking on the „Register“ button below and pay the participation fee to our account:

In his lecture Dr. Herscu will discuss the following topic: „Hysteria, the state, as it relates to 2023, along with cases, rubrics, remedies.“

More information about the speaker: 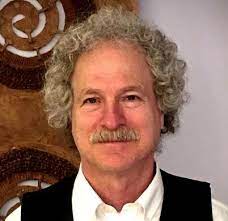 Paul Herscu was born on May 5th 1959 in Bucharest, Romania.

Paul’s family moved to Israel in 1961 where he spent his childhood. He immigrated to the USA in 1969 and became a naturalized US citizen in 1975. He graduated from the National College of Naturopathic Medicine in 1986, where he first began to teach homeopathy. He is a Diplomate of the Homeopathic Academy of Naturopathic Physicians. He maintains an active practice in Enfield, Connecticut.

Dr. Herscu had been exposed to homeopathy for his own medical needs as a teenager and decided soon after remarkable results to pursue a career in this field. A voracious reader of the old literature, Dr. Herscu read through the great libraries of the naturopathic schools as well as others throughout the USA.

His teachers were those sources: Hahnemann, Kent, Boenninghausen, Hering, and Lippe. From these readings, he came to understand the importance of writing and teaching from one’s own clinical experiences.

Paul has had numerous articles published in all of the major homeopathic journals. He helped to revitalize and recreate the Homeopathic Academy of Naturopathic Physicians in the late 80’s.

Through the New England School of Homeopathy (www.nesh.com) Dr. Herscu has taught on-going homeopathic courses to practitioners and physicians in England, Germany, Sweden, Norway, Austria, South Africa, Belgium, Italy, and throughout the USA.

Paul’s recent work on the development and teaching of Cycles and Segments has made both the study and practice of homeopathy that much more enjoyable for those who have learned this method.

Paul’s system is so valuable that it’s been incorporated into a special module for RADAR software, giving the software user a systematic way of questioning their patient in order to gain deeper insight into their symptoms.

Dr. Herscu began publishing, via email the Herscu Letter (letter@nesh.com) in 1999. This distance learning opportunity gives those who are unable to travel a chance to learn this logical and cohesive approach to doing homeopathy.

Herscu’s upcoming books include: The Basis of Provings, The Theory Behind the Practice, Including the Provings of Alcohol and the book, The Treatment of Autism with Homeopathy.

On March 8-9, 2003 Dr. Herscu taught his Cycles and Segments model in Toronto, with emphasis on its use with troubled children. He presented examples from the thousands of clinical cases he has treated.

He is the author of:

The Homeopathic Treatment of Children: Pediatric Constitutional Types
Stramonium, with an Introduction to Analysis Using Cycles and Segments
Provings: Volumes I and II